Similarities and diffferences between the United States and Norway

The US and Norway are both democracies. Americans and Norwegians both enjoy right and freedoms such as freedom of speech, and rule of law. In general, though, the two countries are very different.

For starters, the United States is just sort of a lot bigger. It covers most of a continent. We Norwegians tend to think that both the USA and Norway are «countries», with a flag, a capital city and a government. However, the United States is actually more like a lot of countries, 50 countries to be precise. They are sometimes ruled as a single country, but not always. It is called «the United States» for a reason.

How the federal Government works

The government based in Washington DC, the one that governs the things that apply to the whole of the USA and USA as a country in the world,  is called the federal Government.

– executive branch: the President and his Cabinet
– legislative branch: the Congress (divided into Senate and House of Representatives)
– judicial branch: Supreme Court of the United States

These three «branches» control each other in various ways. These mechanisms are known as the «checks and balances. It looks like this:

The differences and similarities between the political systems of Norway and the United States can be summed up in this Venn diagram (click to zoom): TASK: Write a text which compares the two systems of government, using this diagram and the comparing and contrasting words found on this page (about.com).

Here is a much heavier explanation from Wikipedia (click to zoom). 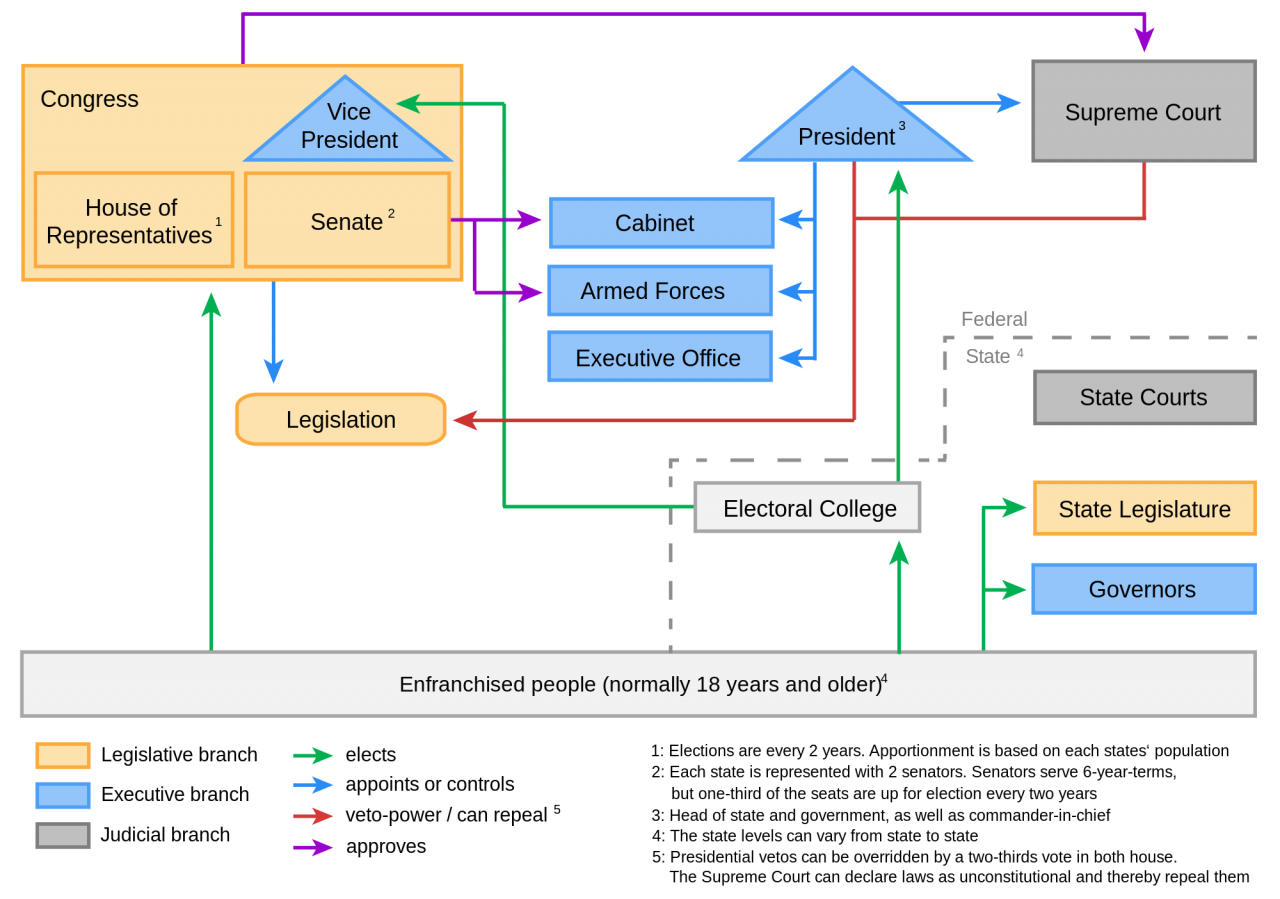 No comments yet
fagstoff politics USA