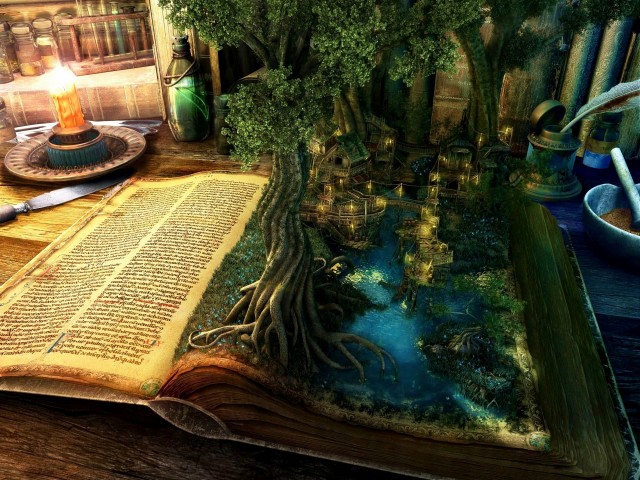 From Stoneage campfire stories to Greek epic poems to Shakespeare to Breaking Bad, it seems man has always been into making up, telling and enjoying stories that are not true – escaping to a parallel reality invented by someone else.

What are the differences between various ways of telling stories?

Novels and short stories generally contain certain elements that are always there. There is always some kind of main problem or mystery that needs to be resolved. Generally, short stories follow this pattern:

Exposition (where the setting and characters are introduced)

Rising action (where the main problem/mystery is introduced, and things get increasingly exciting/difficult/ dramatic etc.)

Climax (the point where excitement/ tension/ drama is at its highest)

Resolution (where the main problem/ mystery is solved or resolved). Here there is often an epiphany.

Novels follow a similar pattern, but often contains lots of subplots and mini-climaxes, as well as jumps in time and more experimental elements. There is more variety in the novel genre than in most other genres of fiction.

OK, not all of them, but most newer Hollywood movies and especially mainstream movies with action and superheroes follow a pattern that is incredibly detailed and specific. It is known (for some mysterious reason) as the «Save the Cat» Beat Sheet. Screenwriter Blake Snyder is often credited with inventing this, but he claims he made it on the basis of his observations of how great movies work, not his personal ideas of what should be in them.

THE BLAKE SNYDER BEAT SHEET (aka Save the Cat)

This structure consists of 15 «beats», or parts, which MUST be there. Often they come at exactly the same moment in time. In a Hollywood-formatted screenplay, one page equals about one minute of film. The Dark Knight is used as an example here, but does not fit 100% time-wise.

See if this fits your favorite movie!

Want to become a Hollywood screenwriter? Lots of info and resources at Blake Snyder’s own website, http://www.savethecat.com/.

No comments yet
fiction